Seekers Create has been awarded £10k from the Arts Council England Let’s Create Jubilee Fund by Hampshire and Isle of Wight Community Foundation (HIWCF) – ensuring that creativity plays an important role in local community celebrations for Her Majesty The Queen’s Platinum Jubilee.

The Let’s Create Jubilee Fund ensured that thousands of people from communities all across England had the opportunity to take part in exciting creative events – all in celebration of the Platinum Jubilee. From puppetry and story creation, through to making crowns, carnival and art trails, there was a huge range of exciting activities for people of all ages and backgrounds to get involved in.
Taking inspiration from the ‘History of the Commonwealth’, Seekers collaborated with Portsmouth Guildhall Trust and young people from The Harbour School to deliver exciting map making, art workshops. The physical map is displayed in Portsmouth Guildhall for all the community to enjoy. A digital version is available below.
Made possible thanks to National Lottery players and administered by UK Community Foundations on behalf of the Arts Council, the Let’s Create Jubilee Fund  has supported a huge range of projects throughout England. 44 community foundations have been awarding grants across the country.

​The Commonwealth is made up of 54 countries around the world

The Commonwealth is a voluntary association of independent countries spread over every continent and ocean. It's two billion people, who account for nearly 30 per cent of the world’s population, are in Africa, Asia, the Caribbean and Americas, Europe and the Pacific. They are of many faiths, races, languages and cultures. The Commonwealth promotes peace and international co-operation, democracy and good governance, respect for human rights and the rule of law, and the improvement of lives through economic and social development. These values and aspirations are described in the Charter of the Commonwealth. The Charter expresses the commitment of member countries to the development of free and democratic societies and the promotion of peace and prosperity to improve the lives of all Commonwealth people. It also acknowledges the role of civil society in supporting the goals and values of the Commonwealth.

Seekers have painted a massive wall Black in the Portsmouth Guildhall in preparation for a GIANT Doodle Map, Braille art and lots rainbows to celebrate the Queens Platinum Jubilee! 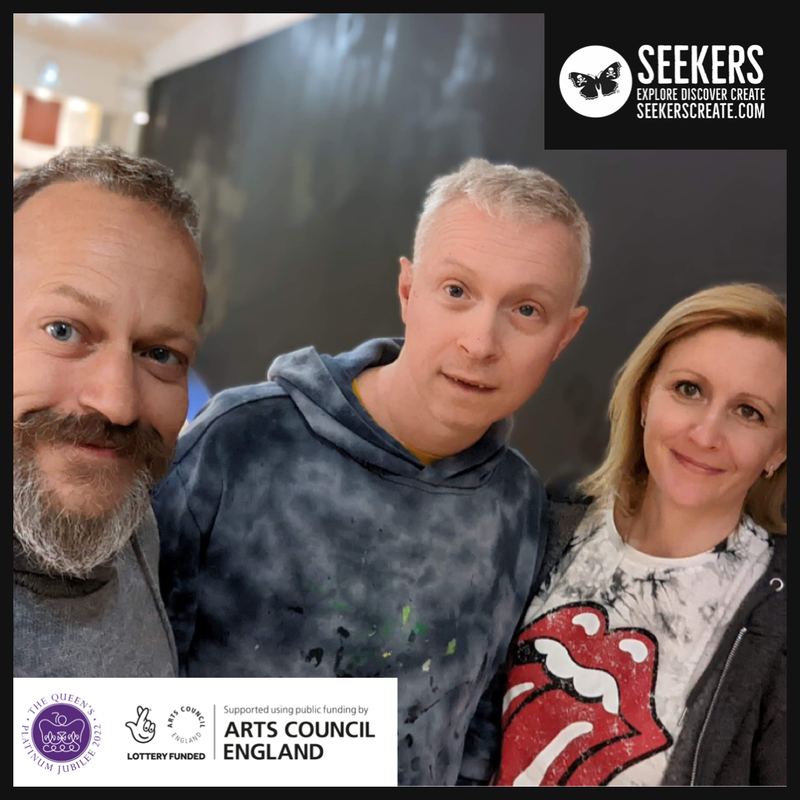 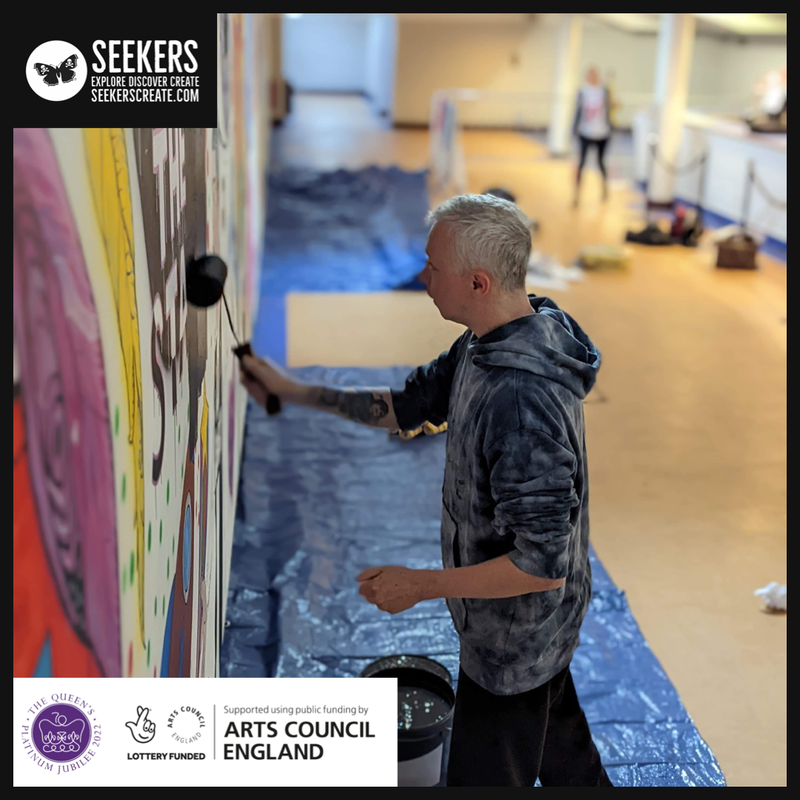 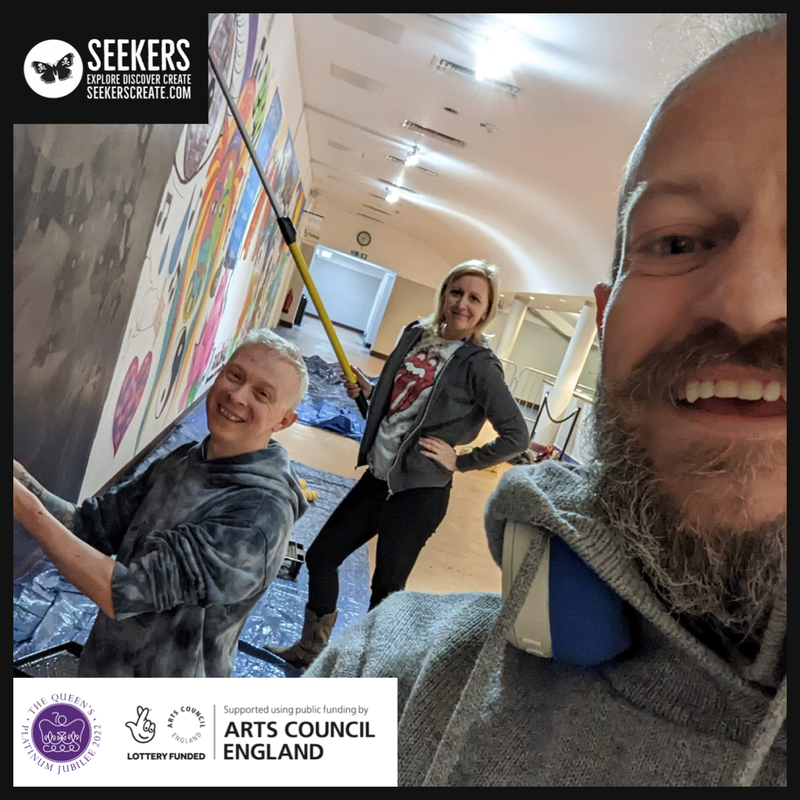 Children from the Harbour School will be working with Seekers team of artists to create their own Braille Flags from 54 countries who are members of the Queens Commonwealth. The children will also create their own doodle designs which will feature in 30cm Braille dots Dotted along the wall to spell out 'QUEENS JUBILEE' in Braille. 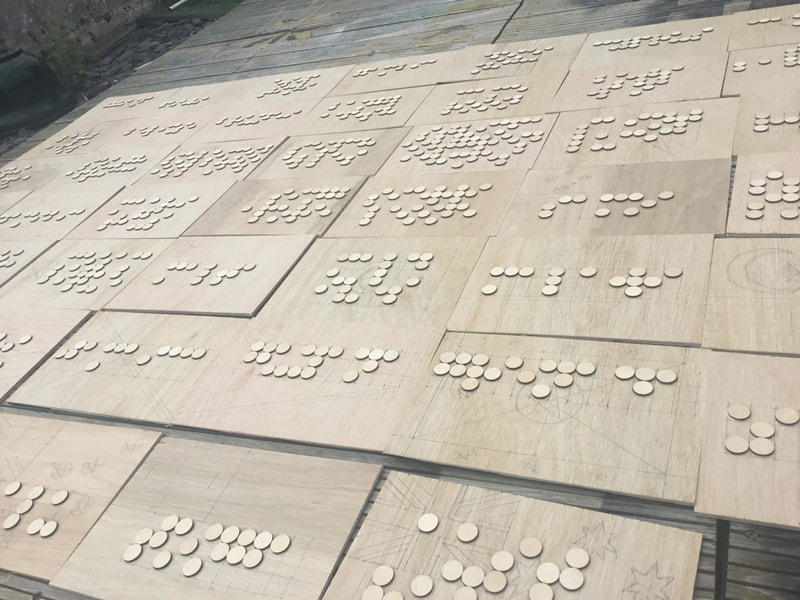 Preparation of the Braille Flags. 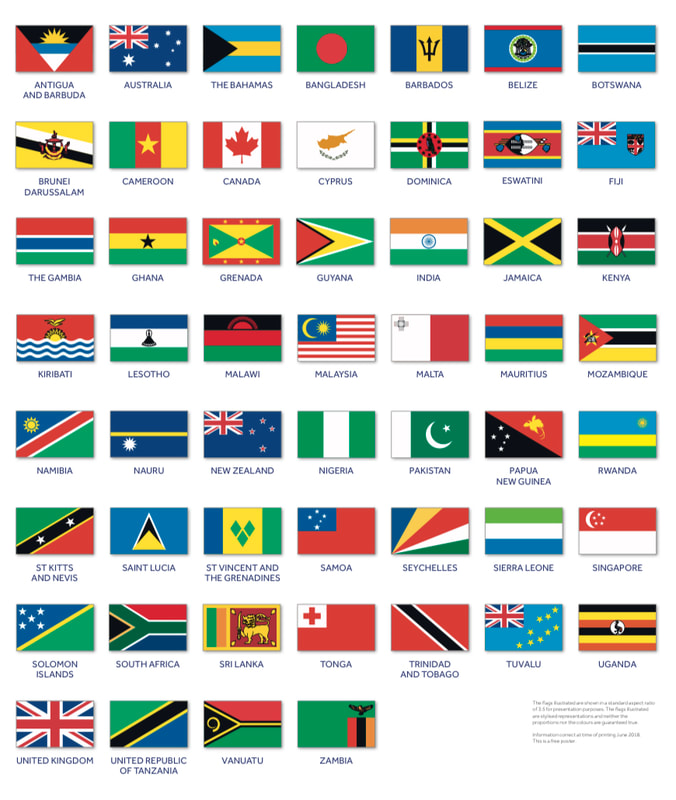 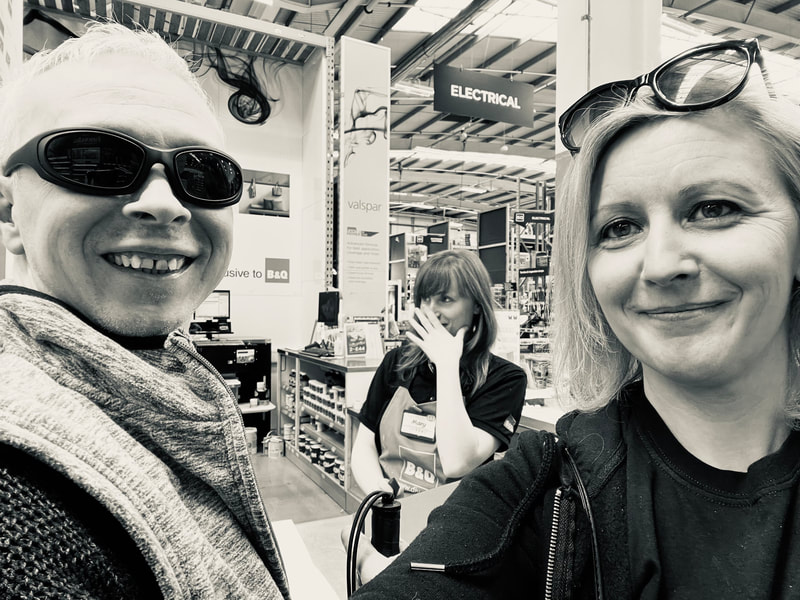